This piece was written for Daily Hive by Robert Collins.

The reputation of pasta has taken a big hit in recent years.

As Vancouver’s culinary preferences have receded in the face of the double gut punches of carbs and gluten, pasta has become in danger of being left on the shelf.

Yet, at the same time, the benefits of the Mediterranean diet seem hard to argue. Italy, where pasta remains a daily staple, has the second highest life expectancy at birth of any EU country.

The secret, according to chef Giorgio Perin, advisor and trainer of Italy’s prestigious APCI, the Association of Italian Professional Chefs, is moderation.

“Eighty grams of dry pasta is one serving,” he insists. “And as Italians, we pair that with vegetables and often work outdoors. We simply cook with fresh ingredients. What’s good at the market that morning? This is the Mediterranean diet.

Perin had flown to Vancouver from his home in Piedmont for True Pasta Unveiled Wednesday night at the Italian Cultural Centre, an evening dedicated to celebrating the joys of Italian cuisine.

Now in its fourth year, with more than 1,000 events worldwide, this was the campaign’s first visit to Vancouver and Western Canada.

Besides the excellent hospitality of the Vancouver Italian Cultural Center and the Italian Chamber of Commerce of Canada West, a major factor in attracting chefs of Perin’s caliber to the city has been the presence of Vancouver’s own APCI members. , including Cioppino owner (and Iron Chef competitor) Pino Posteraro and Giovanni Trigona, Chef Master of the Glowbal Group.

For Trigona, president of APCI Canada, educating BC cooks and diners about his country’s vast gastronomic variety was key to the entire campaign.

“It’s a celebration of Italian cuisine in the world,” he explained before he and Posteraro began their shifts in the kitchen of the Italian Cultural Center. “Italy is a long nation and each region has its own cuisine. We always explain that. But tonight we can stop talking and let people have a taste.

As well as cooking for the gala dinner at the Italian Cultural Center, Trigona and Perin, alongside APCI chefs Vito Semararo and Luca Malacrida (from Puglia and Rome respectively), spent a busy morning earlier this week giving a master class to industry professionals and culinary students in Vancouver. Community College.

“There’s a lot of misinformation about Italian food,” Trigona continued. “It’s easy to go to the supermarket and find products with the Italian flag that aren’t Italian. One of our jobs as Italian chefs is to educate people on, for example, the difference between Parmesan and Parmesan cheese. We cook in a simple way. A dish should not contain more than three or four items. The first question we were asked at VCC was how to make a real carbonara. A carbonara should consist of pasta, eggs, pepper, pecorino and guanciale. That’s it. There is no whipped cream or alfredo sauce. 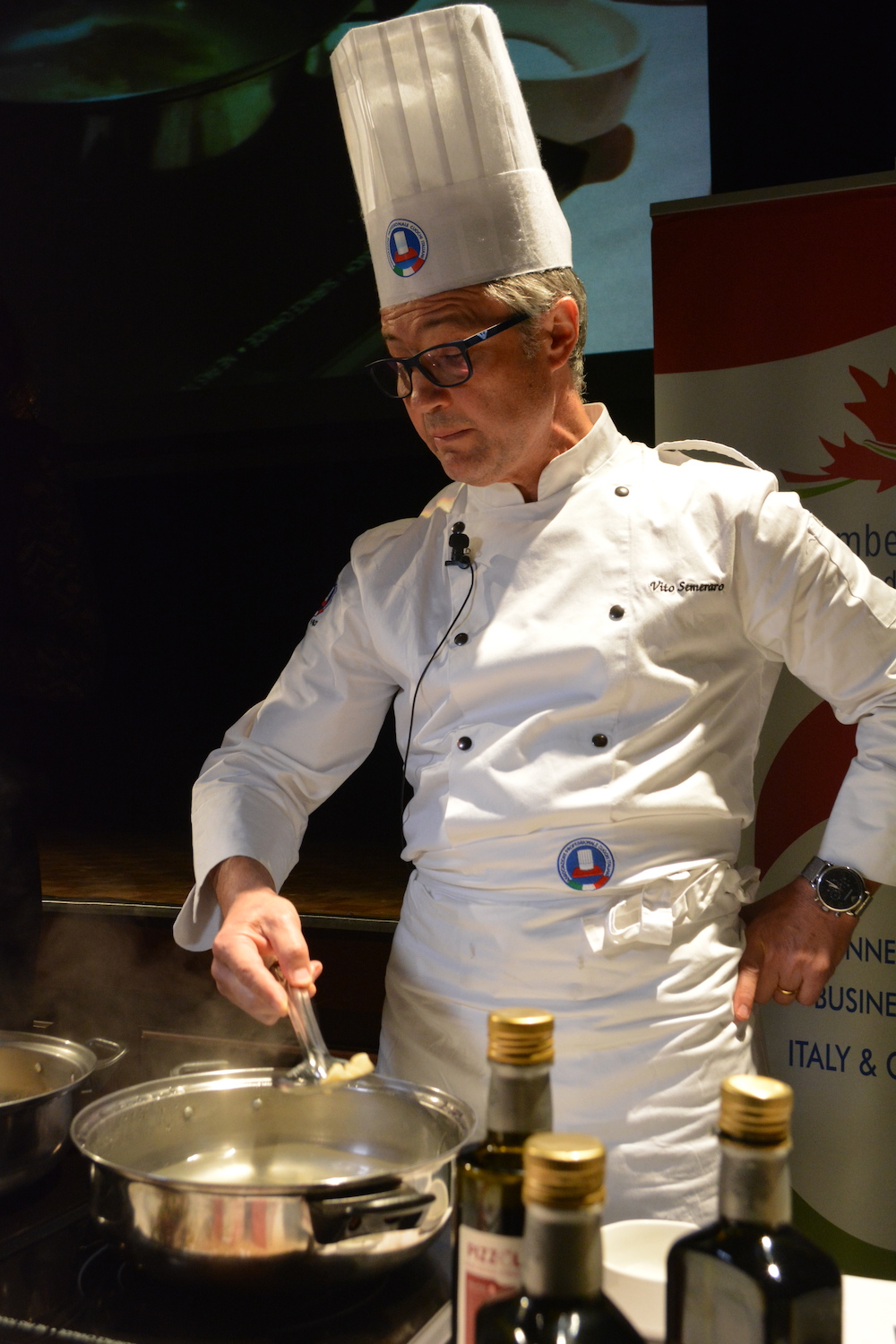 Proof of the expertise of the assembled chefs was delivered to around 200 guests over five courses at True Pasta Unveiled, accompanied by fine wines and cooking demonstrations from the three chefs who flew in from Italy for the occasion.

Fittingly, for a nation where every city and town has its own flavors and specialties, evening classes reflected this culinary diversity. The Neapolitan fried pizza was accompanied by Venetian salt cod, before the Apulian seafood pasta was followed by a Piedmontese roast beef.

Only in Italy do five-course meals and the export economy go hand in hand. International trade has rarely tasted better.

Taste with Vir Sanghvi: The Backbone of Italian Cuisine – Pasta

For most Indians, Italian cuisine boils down to pizza and pasta. Take them off the menu of an Italian restaurant in India and the restaurant will empty out. In Italy, most good restaurants don’t serve pizza (a pizzeria is in a category of its own) and anyway, the pizzas we’re used to in India are […]

The Palmer family’s cuisine is a tradition passed down from generation to generation. Specifically, it was the spaghetti and meatballs cooked by the grandmother of longtime Morgan Hill resident Tommy Palmer that always brought the whole family together, sharing stories, creating memories and celebrating life. When his grandmother passed away in 2017, it set Palmer, […]

Italian Food Week celebrates Italy’s diverse culinary culture with a lineup of 40 events taking place across Japan. Don’t let the name fool you – it actually runs until mid-December. Free webinars and panel discussions focus on topics such as food waste, the influence of gastronomy on the environment, healthy lifestyles, and food circulation and […]